CSX #2702:  This GP38-2 was built by Electro-Motive Division for the Georgia Railroad as #6051, and named the “Franklin M. Garrett” in honor of Atlanta’s only official historian. Mr. Garrett (1906-2000) joined the Atlanta Historical Society in 1927, making him one of the original members of what is now the Atlanta History Center. He was a 60-year volunteer with the organization. The locomotive has worn Mr. Garrett’s name for much of its career and was repainted in March 2017 with the How Tomorrow Moves paint scheme. It also wears the name “Spirit of Atlanta,” honoring the city in which the locomotive has served most of its years. 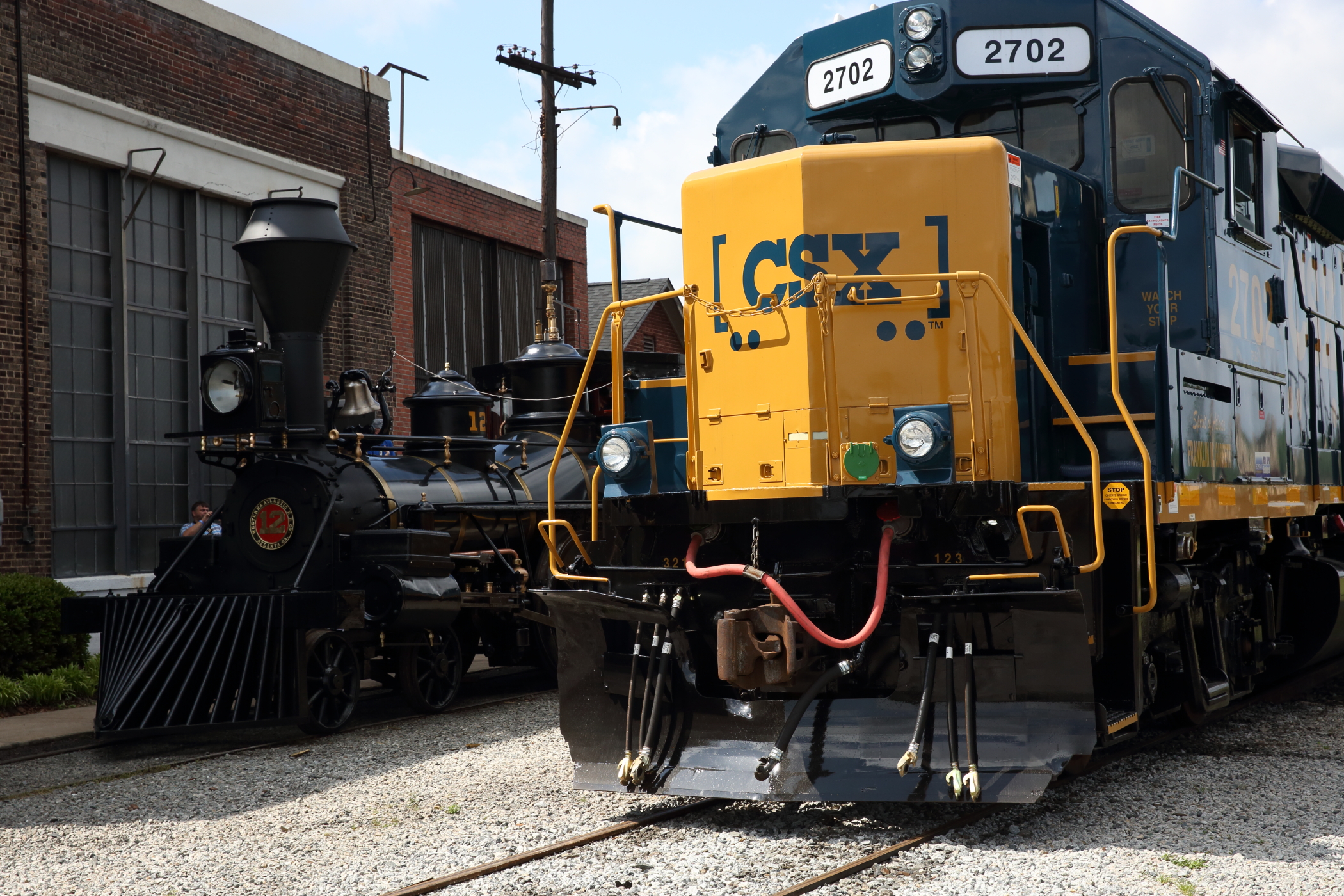