As a tribute to our rail lineage, CSX recently donated a 1980 General Electric B30-7 locomotive to the Lake Shore Railway Historical Society. Before transporting the locomotive to the society’s railroad museum in North East, PA, CSX railroaders restored the locomotive to it’s original, ‘as-delivered” Chessie Cat paint scheme. CSX ties run deep in Pennsylvania, with predecessor roads operating in the region for over 150 years.

Prior to arriving at the Lake Shore Railway Museum, C&O #8272 made a stop at the GE Transportation Erie facility. The locomotive was displayed in Building 10 for a brief private showing, home of the assembly lines that built the engine 37 years ago. 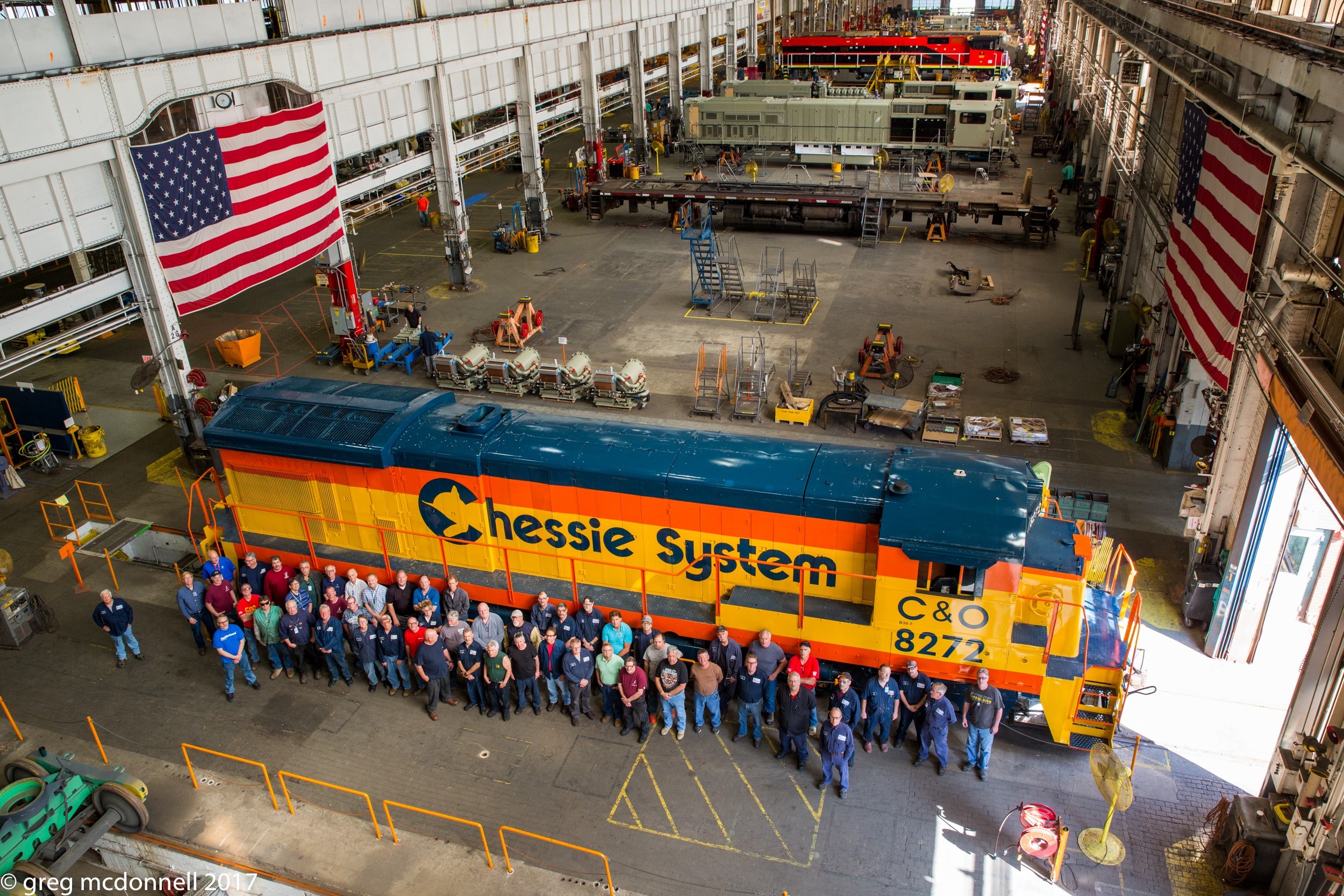 “It was good to see the C&O #8272 return home to a great railroad community. The engine represents the legacy of CSX in Pennsylvania and beyond. The restoration and transport of the locomotive was made possible through collaboration and expertise of a lot of CSX railroaders,” said Robert Rohauer, manager field support.

Now on display at the Lake Shore Railway Museum, the C&O #8272 joins seven other GE locomotives in the "Locomotives that Dad & Grandpa Built Collection."

Ray Grabowski, Jr., president of Lake Shore Railway Historical Society, said "Chessie #8272 had a great opportunity to visit its birthplace at Erie GE and we were happy to share it there for a while. Now, thanks to the professionals of CSX Transportation, the locomotive made the final step and is here at Lake Shore Railway Museum."

The Night at the Railroad Museum

Upon arrival, the C&O #8272 was the star of the annual, “Night at the Railroad Museum” event, where the grounds of the Lake Shore Railway Museum are open around the clock for 28 hours. During the evening hours, the rolling stock are showcased and accented with lights, providing a unique opportunity for the community to see and photograph the locomotives under the night’s sky. This year’s event brought in over 1,000 people, up from previous years due in large part to the appearance of the Chessie Cat. The Lake Shore Railway Museum will host a "Chessie Day" in August, to further celebrate the restored C&O #8272 and the legacy of the Chessie System. 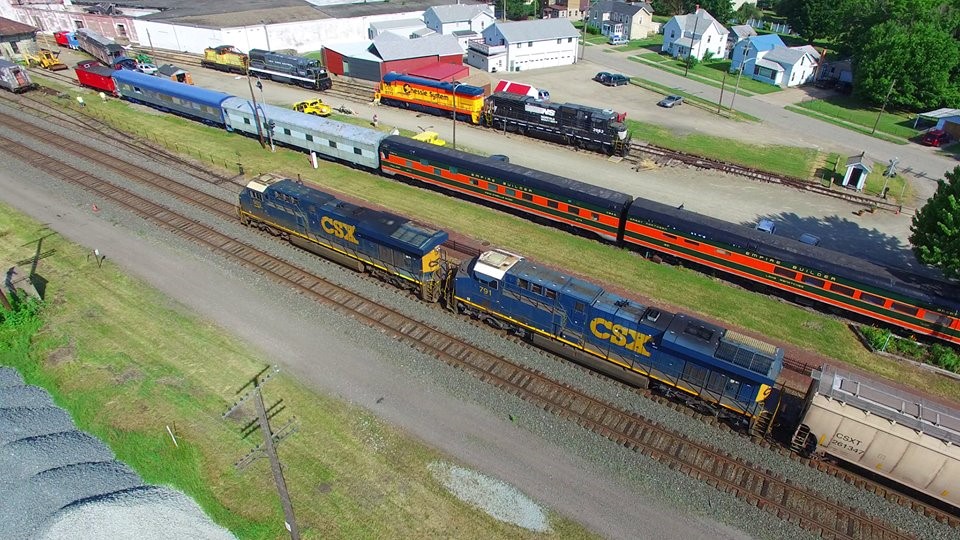 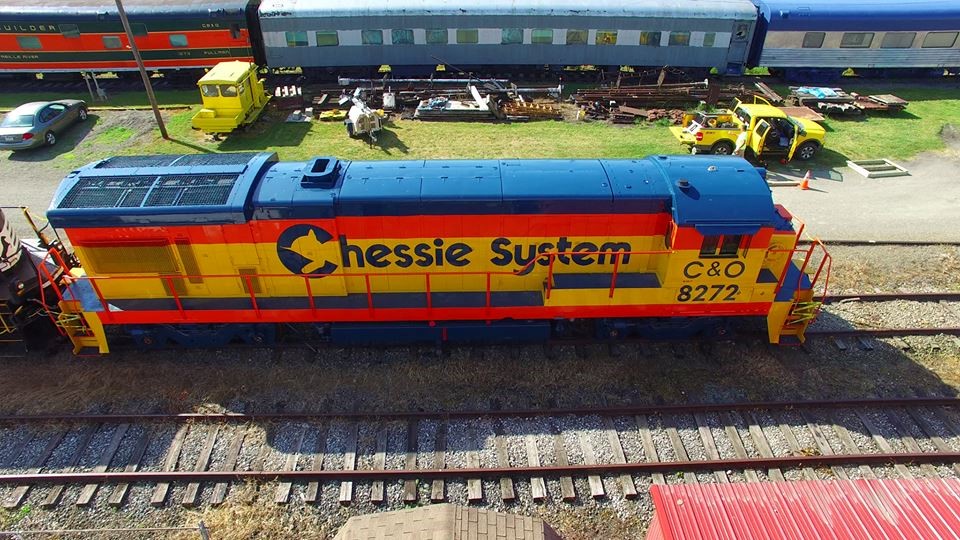 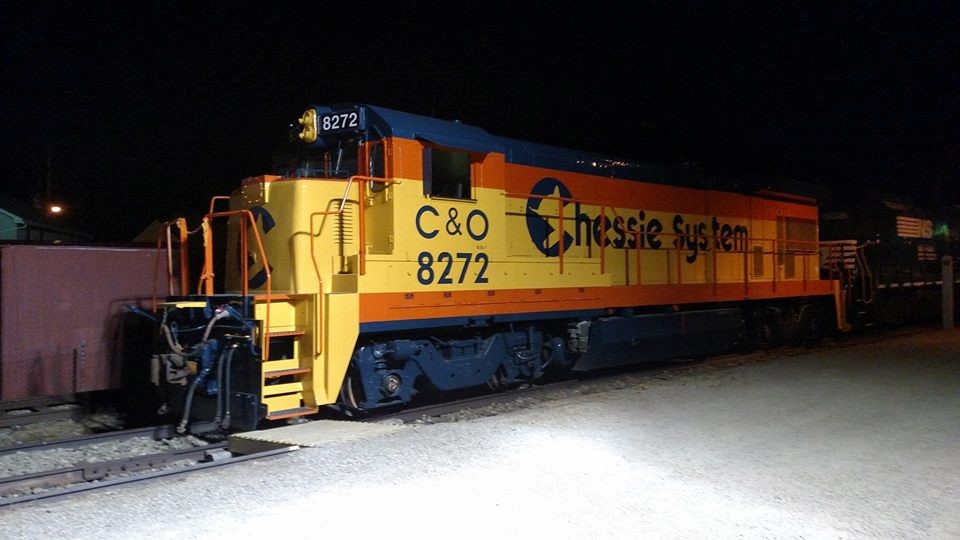 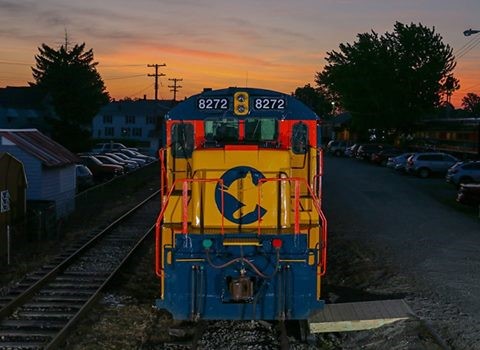