Atlantic Coast Line #501: This locomotive was built by the Electro-Motive Division (EMD) of General Motors in November 1939. Beginning in the late 1930s, EMD developed a passenger diesel locomotive known as the E series. This E3 was one of the first high production models.

The Atlantic Coast Line ordered two E3 models, numbered 500 and 501, for service on The Champion between New York City and Miami, Florida. Each locomotive produced 2,000 horsepower from two 567-A 12-cylinder prime movers.

The Atlantic Coast Line chose purple and silver to decorate these locomotives, partly due to the long-time use of purple on company timetables. The 501 remained in service until 1970, operating over 6 million miles. This distinction made the 501 the most traveled E unit in US history. The NC Department of Transportation Rail Division purchased the 501 in 1998, and placed the locomotive on long-term loan to the N.C. Transportation Museum. 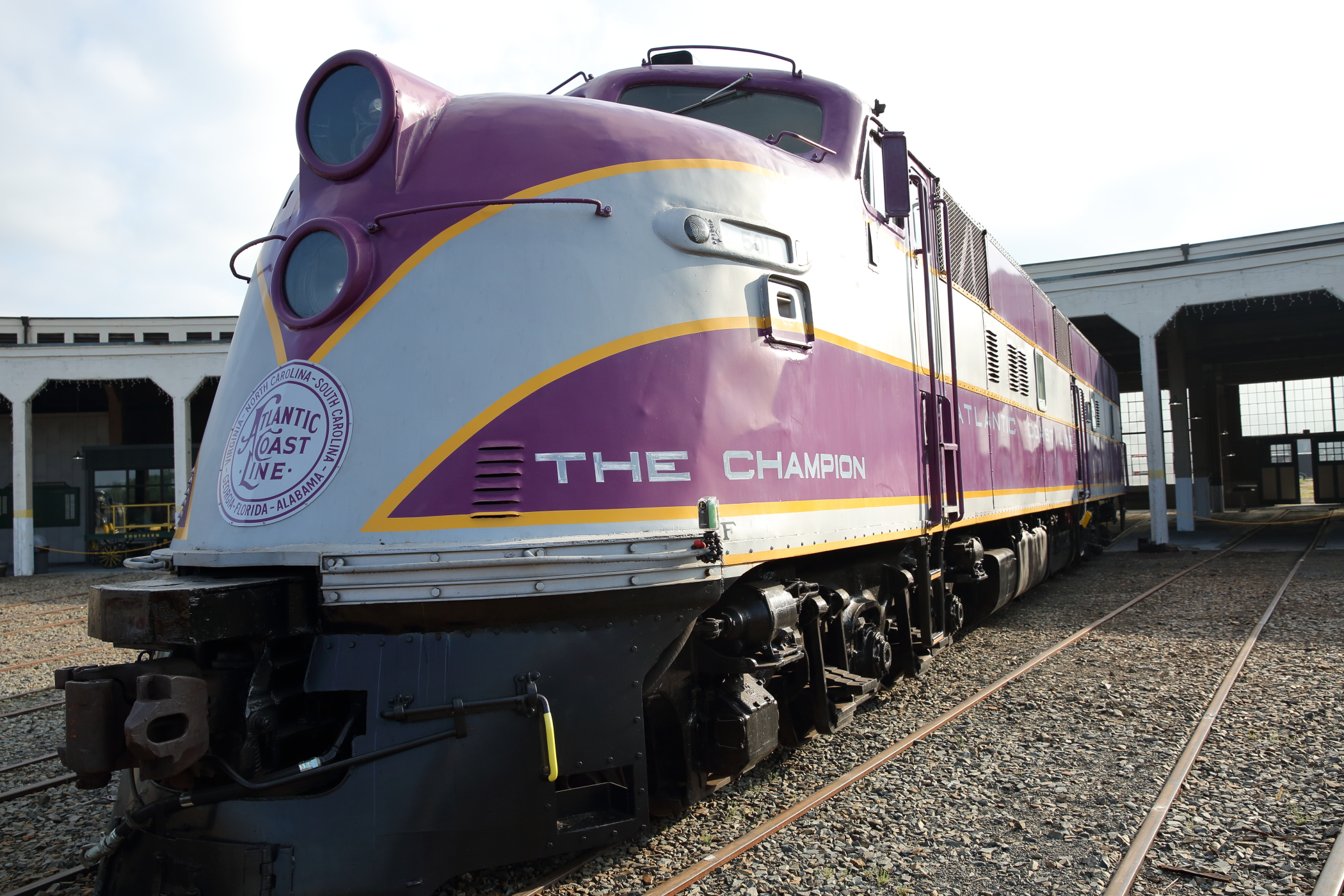