CSX railroaders at the Huntington Locomotive Paint Shop recently returned the Clinchfield #800 to its as-delivered grey and yellow paint scheme. The Clinchfield #800 has a storied past, having worn several CSX and CSX predecessor line paint schemes over its decades in service. This year, the engine adds another chapter to its historic run,  returning to action to power the 75th annual Santa Train, a familiar role having powered the holiday train through Appalachia many times between 1979 and 1989.

The history of the Clinchfield #800

The predecessor engine is an F3 locomotive built in 1948 by Electro-Motive Division originally for the Carolina, Clinchfield Railroad & Ohio Railroad as #800. In 1957, it was upgraded to full F7 specs including the installation of newer traction motors. It served the Clinchfield in freight service until it was later assigned to business train service for the Family Lines System and later the Seaboard System Railroad, both predecessors of CSX Transportation.

Working for the Seaboard System and later CSX, it wore locomotive #116 until it was retired in the early 1990’s. While working for the newly formed CSX, the locomotive wore the first CSX paint scheme of grey blue and black with the lettering CSX Transportation across the side. This paint scheme only lasted a week as leaders of the railroad determined how to represent the new line’s brand, ultimately changing the lettering to feature only the “CSX” letters. In 1990, the unit was repainted into the CSX YN2 “bright future” treatment before being leased to American European Express for luxury passenger runs between Washington, D.C. and Chicago and the Maryland Department of Transportation’s MARC Train Service for commuter train service out of Baltimore.

Converting the engine to C&O #8016 Blue and Gold

After retiring the unit, the locomotive was donated to the Chesapeake & Ohio Historical Society, where it was painted into the C&O’s passenger paint scheme and assigned #8016. The locomotive was stored at the NC Transportation Museum between 2014 and 2017, when it appeared during the “Streamliners at Spencer” event and was featured at the Texas Returns: 100 Years of Steam, highlighting CSX lineage and historical rolling stock from early steam engines to modern diesel locomotives.

Returning the Clinchfield to its as delivered Grey and Yellow

In November 2017, the Clinchfield #800 rolled out of the CSX Huntington Locomotive Paint Shop, newly restored to its as-delivered grey and yellow paint scheme. CSX railroaders researched old drawings and talked to retired Clinchfield engineers to ensure that the exterior and interior were restored to the original specifications used when the locomotive first rolled off the line in LaGrange, Ill. 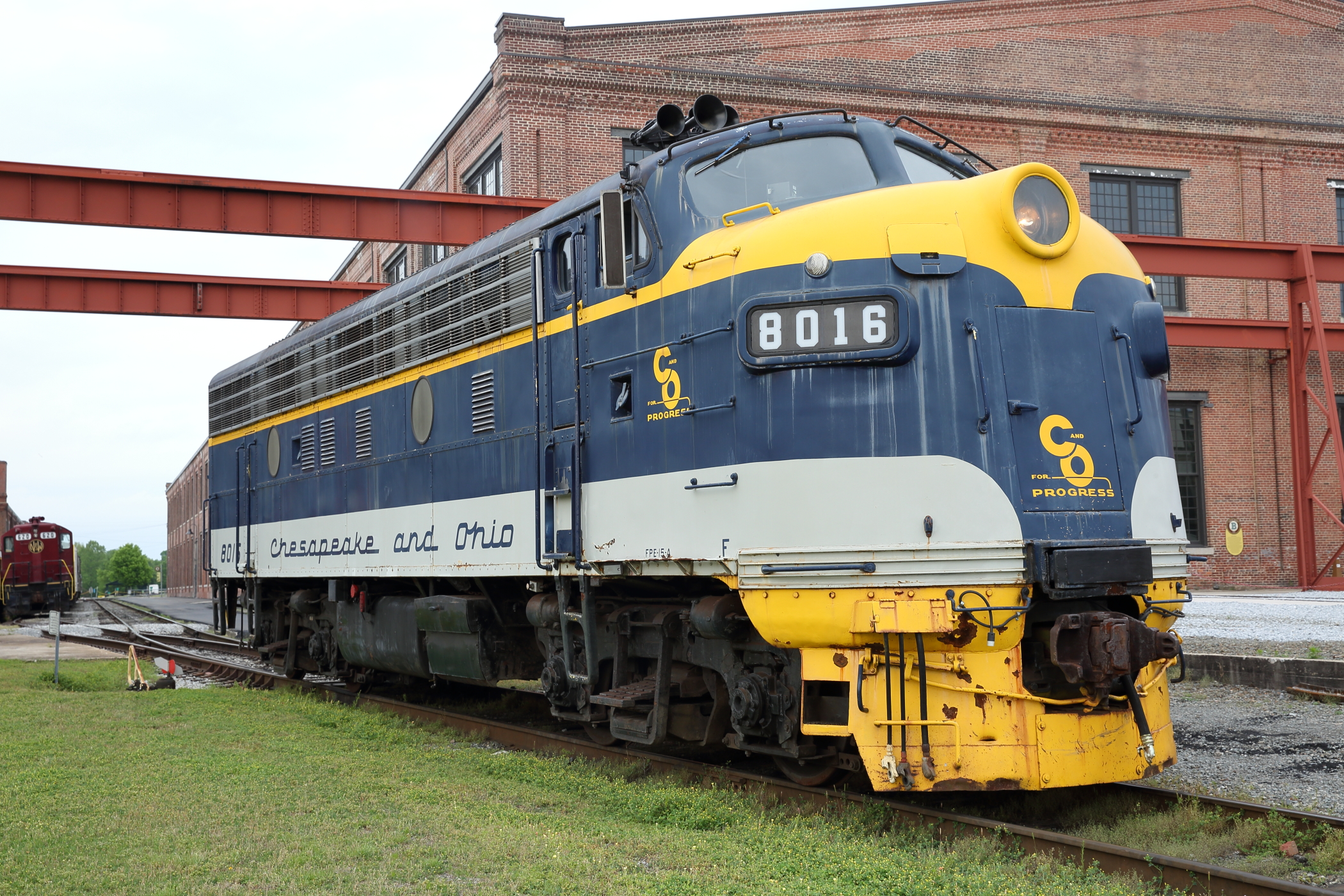 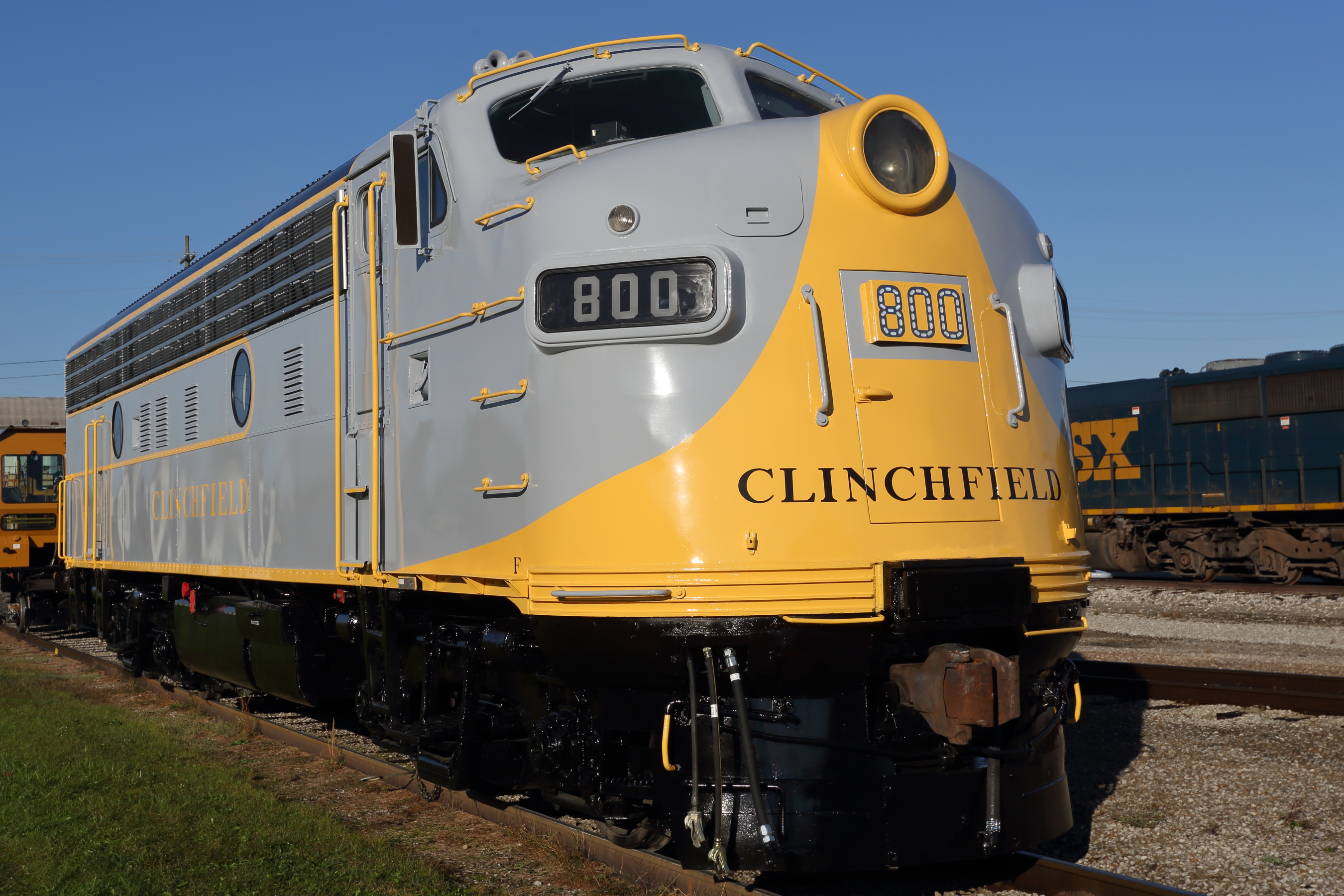