WASHINGTON, D.C. – Sept. 14, 2016  – The National Alliance for Public Safety GIS (NAPSG) Foundation has granted an Award of Excellence in Public Safety to CSX for its “CSX Rail Respond” mobile-computing application, which provides firefighters, police officers and other emergency responders with easy mobile access to critical information about the commodities traveling on CSX rails in near-real time.

CSX Rail Respond supports safe and effective response to rail-related incidents by allowing emergency first responders to determine the exact contents of any rail car on a CSX train, along with emergency response information and recommendations for protective action distances. The service is free to first responders, as are all the safety training and response tools CSX provides. The system is accessible from any Android, iOS or Windows mobile device, tablet or desktop computer, so responders can access the information while en route to an incident or once they arrive on scene.

CSX Rail Respond is part of a comprehensive suite of electronic and traditional information-sharing and training tools that CSX makes available to first responders in the communities it serves, to help ensure that emergency planning officials, firefighters, police officers and other emergency workers have access to the information they need to respond safely and effectively to incidents on the railroad.

CSX was nominated by David Hartman, former battalion chief of the Charlottesville (VA) Fire Department. According to Chief Hartman, the application "is a dream come true for incident commanders as it directly and immediately impacts the safety and effectiveness for our responders."

Chief Rand Napoli, chairman of the NAPSG Foundation’s Board of Directors, said, “The NAPSG Foundation is grateful for the opportunity to recognize and showcase truly amazing leadership efforts in public safety GIS. The nomination we received for CSX highlighted how CSX Rail Respond has made a difference for the community and is helping advance the field of GIS in public safety.”

Skip Elliott, CSX vice president of Public Safety, Health & Environment, said, “CSX’s Rail Respond mobile application is successful due to a collaborative effort between CSX and our emergency first response partners that incorporated their feedback and usage needs into the development of this tool. The future success of this and similar systems is founded on our ability to continue working with those partners and listening to their feedback.

“We’re grateful for this recognition of Rail Respond and CSX’s commitment to transparent information-sharing, because timely and fact-based decision making can make the difference in supporting successful responses to rail-related incidents,” Elliott said.

CSX also provides a wide variety of other training tools and programs for first responders and emergency planners in communities across its network. These include planning tools, tabletop exercises, hands-on training and attendance at special company-sponsored safety education programs at its Railroad Education and Development Institute outside Atlanta, Georgia. More information about CSX training and other safety information is available on the company’s website.

About CSX – CSX, based in Jacksonville, Florida, is a premier transportation company. It provides rail, intermodal and rail-to-truck transload services and solutions to customers across a broad array of markets, including energy, industrial, construction, agricultural, and consumer products. For more than 190 years, CSX has played a critical role in the nation’s economic expansion and industrial development. Its network connects every major metropolitan area in the eastern United States, where nearly two-thirds of the nation’s population resides. It also links more than 240 short-line railroads and more than 70 ocean, river and lake ports with major population centers and small farming towns alike. More information about CSX Corporation and its subsidiaries is available at www.csx.com. Like us on Facebook (http://www.facebook.com/OfficialCSX) and follow us on Twitter (http://twitter.com/CSX). 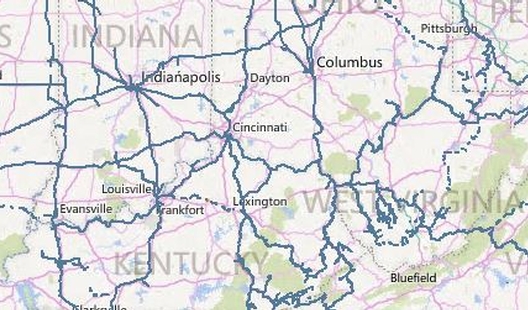