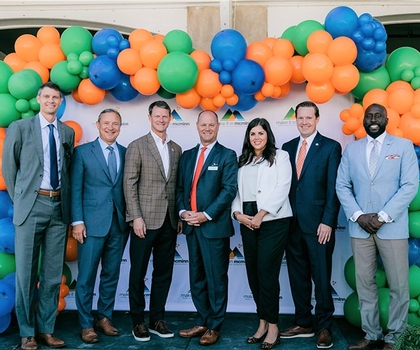 “The rapid electrification of the automotive market has led to massive investments in electric vehicle and lithium-ion battery production in the United States, creating a critical need for lithium hydroxide produced in the U.S.,” said Keith Phillips, president and chief executive officer of Piedmont Lithium. “Our Tennessee Lithium operation should play an important role in helping to mitigate supply shortages in the American EV industry and battery supply chain, particularly in the wake of recent legislation incentivizing the use of domestically sourced critical materials and providing tax credits for U.S. producers.”

The site chosen for the plant, which is expected to create 117 jobs, is in McMinn County at the North Etowah Industrial Park, a CSX and Select Tennessee Certified Site. Rail service was instrumental in the site-selection process, and CSX worked closely with Piedmont Lithium and economic development officials to land the project.

CSX’s role was also cited by Stuart McWhorter, commissioner of the Tennessee Department of Economic and Community Development. “Thank you to the local community and our partners at CSX for their support in making this win a reality,” McWhorter said. “Tennessee continues to attract companies in the electric vehicle industry [and] we believe McMinn County will be the ideal location to support Piedmont‘s growth and success.”