We're proud to be nationally recognized by several organizations and publications for our ongoing dedication to excellence, best practices and a diverse workforce. Here are some recent awards CSX has received: 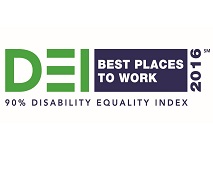 CSX was named one of the “2016 DEI® Best Places to Work.” DEI® tracks indicators of corporate disability inclusion, such as access, employment practices, culture and leadership, and community engagement and support services. Highlights from CSX’s performance include launching an innovative self-identification campaign related to disabilities, prioritizing disability as a part of CSX’s Diversity and Inclusion strategy, and supporting a disability-focused business resource group including executive sponsorship and CEO participation. The DEI® is a joint initiative between the US Business Leadership Network® (USBLN) and the American Association of People with Disabilities.

CSX was named one of the World’s Most Admired Companies in 2016 by FORTUNE Magazine. In the past year, CSX achieved an industry-leading safety performance, as well as record-high customer satisfaction, revenues and earnings per share from continuing operations, all while taking forward-leaning actions to position its rail network to serve the nation’s freight transportation needs for many years to come. The FORTUNE World’s Most Admired Companies survey, conducted annually, measures corporate reputation based on attributes ranging from social responsibility and innovation to long-term investment value and product quality. The World’s Most Admired Companies list is voted on by executives, directors and analysts across all industries.

As a result of CSX’s ongoing commitment to excellence and quality in the Information Technology (IT) workplace, the company was named a “Best Place to Work in IT” by IDG’s Computerworld for the fourth consecutive year in 2016. The company ranked 31 among large organizations receiving high marks for employee training and engagement.  The 100 Best Places to Work in IT list is an annual ranking of the top work environments for technology professionals by Computerworld. The list is compiled based on a comprehensive questionnaire highlighting company performance in categories such as benefits, diversity, career development, training and retention. 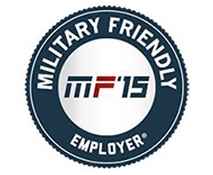 CSX was recognized as the fifth-most military-friendly employer on G.I. Jobs’ 2015 Top 100 Military Friendly Employers ranking, and the second-most military-friendly employer in the transportation industry. This is the seventh consecutive year that CSX has been among the top 10 employers on the list. CSX was evaluated on its efforts to recruit from the military,  percentage of new hires with prior military service, and policies toward National Guard and Reserve service members called to active duty. Community involvement and veteran promotional programs were also considered. CSX validates military support by providing the difference in pay between the employee's job and military pay, continuation of health care and other benefits, and providing support to the families of CSX employees while on military orders. CSX truly values Guard/Reserve and all former military employees. 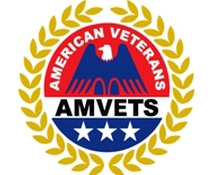 ​CSX Transportation was named the 2015 AMVETS Employer of the Year. CSX was recognized for its commitment to hire former military members and its support of programs that help military transition to civilian life.

CSX’s commitment to hiring and developing employees with military experience has earned the company the number four spot on DiversityInc’s annual list of the Top 10 Companies for Veterans. 2015 is the third consecutive year that CSX has been recognized by DiversityInc as a leader in hiring veterans. DiversityInc recognizes companies with demonstrated commitments to diverse hiring and business practices. DiversityInc’s Veterans list showcases companies with strong diversity-management initiatives that are producing the best results in recruiting and promoting veterans. The publication has recognized CSX multiple times in recent years. 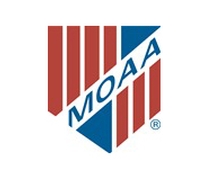 The Military Officers Association of America (MOAA) named CSX Corporation the recipient of the 2012 Distinguished Service Award, a recognition of CSX's continued emphasis on hiring and supporting active duty and veteran men and women. 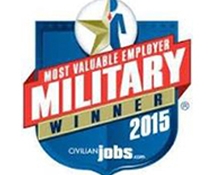 CivilianJobs.com Most Valuable Employers (MVE) for Military 2015 was open to all U.S.-based companies. The winners and finalists were selected based on surveys in which employers outlined their 2015 recruiting, training and retention plans that best serve military service members and veterans. CSX has been selected to this list since 2008.

Employer Support for the Guard and Reserve (ESGR)

CSX Transportation has been recognized by Employer Support for the Guard and Reserve on several occasions for supporting CSX employees who serve in the National Guard and Reserve. ESGR is a Defense Department organization that promotes cooperation and understanding between Reserve component members and their civilian employers. CSX was the 2011 recipient of the ESGR's highest award, “Freedom Award.” This was the second time CSX had been named as a Freedom Award winner, CSX was also named in 1998. CSX is the ONLY company in the nation to have won two “Freedom Awards.” CSX also was named the 2011 Florida’s winner of the "Pro Patria" Award; this is the highest state employer award and is awarded for exceptional support of our national defense, hiring and support of the Guard and Reserve military members in Florida. CSX has also earned the "Above and Beyond Award" and the "Patriot Award" for outstanding and consistent support of members of the National Guard and Reserve. 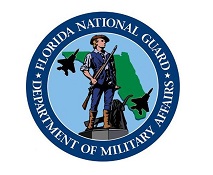 CSX has been named to the Florida National Guard's “Ring of Honor” since 2008, because CSX supports all state “Yellow Ribbon” events, which welcome Guard members back home after overseas deployments. CSX offers career opportunities, resume help and interview guidance for returning troops.