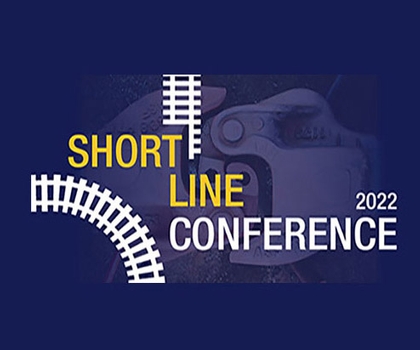 November 7, 2022 – For the first time since 2019, more than 200 short line representatives gathered in North Florida to talk business with CSX executives and Sales and Marketing leaders at the CSX Short Line Conference. The conference was the 31st held by CSX to connect in-person with many of its 240-plus short line partners, who participate in nearly 40% of all non-intermodal moves on the CSX system.

One of the highlights of the event was an opportunity for short line executives to meet Joe Hinrichs, CSX’s new president and chief executive officer. Joe opened the conference by emphasizing the importance of continuing to build positive relationships with all stakeholders and to further improve service. Following Joe’s comments, the president of the American Short Line and Regional Rail Association, Chuck Baker, thanked the CSX president for recognizing the importance of short line partnerships and engaging with the group.

The event provided participants with many ways to interact with CSX. In addition to hearing from company executives about the state of the railroad and the company’s strategic initiatives, short line representatives participated in breakout sessions led by seven Sales and Marketing business units, engaged with 16 CSX short-line-facing departments at a trade-show-style event, and, for the first time, participated in more than 250 “speed networking” meetings with CSX employees.

As in previous years, the conference also offered opportunities for casual conversations, relationship building and recognizing the hard work of short lines that are helping grow the business. Six short lines were recognized with carload growth awards during a luncheon ceremony.

Early reviews of the event were overwhelmingly positive, as short line representatives and CSX leaders alike welcomed the opportunity to realign and recommit to a common goal of strengthening the partnerships that are critical to business growth.