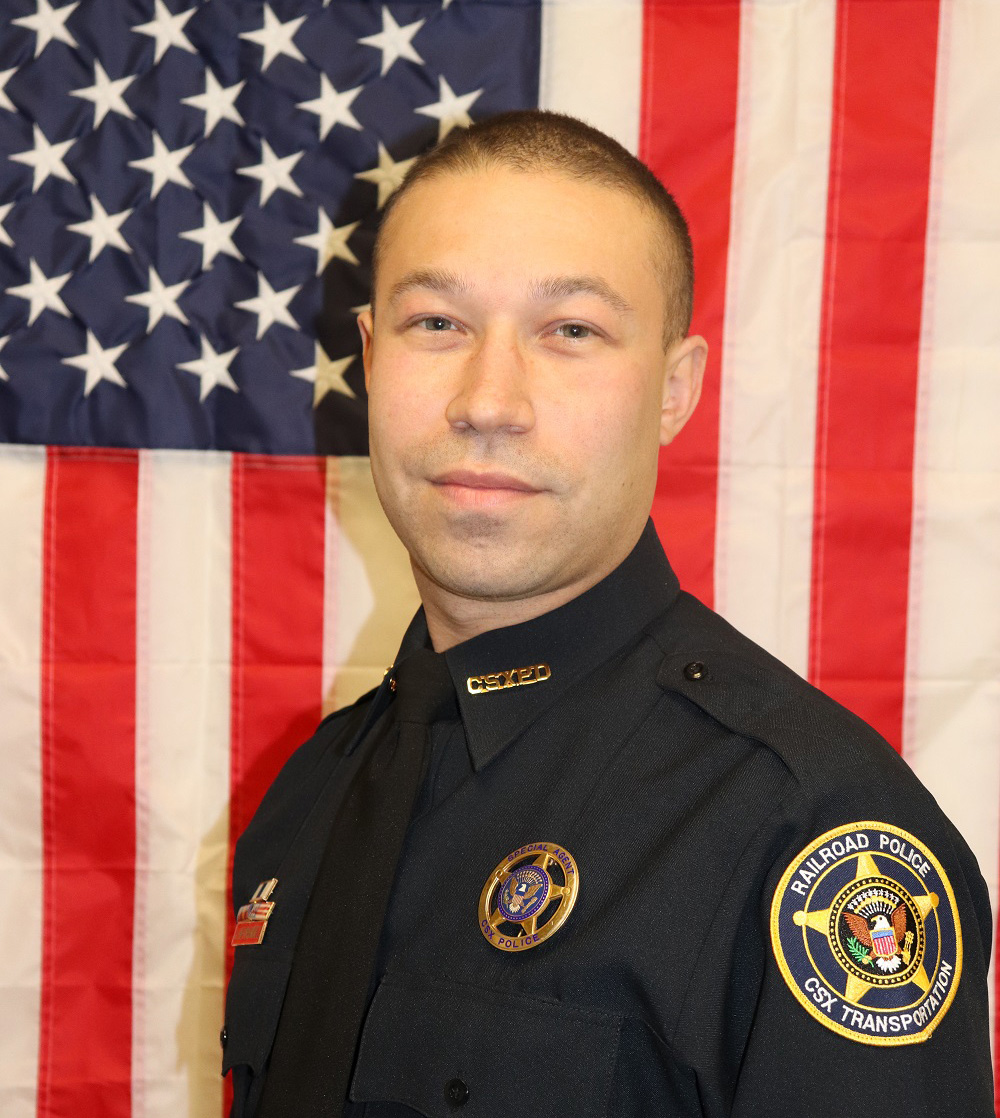 Right place, right time, right training — that’s the way CSX Police Special Agent Jaime Hernandez describes the rapidly unfolding events in May that enabled him to save a life and be nominated for the American Red Cross national Lifesaving Award for Professional Responders.

While on patrol May 6, Jaime noticed a tree-trimming truck stopped in the opposing lane of traffic on Friendship Road in Anne Arundel County, Md. Approaching the scene, he saw a bicyclist lying pale and unresponsive on the ground in front of the truck. After determining that the man wasn’t breathing, Jaime quickly went into action. Along with an off-duty Prince George County police officer, he started cardiopulmonary resuscitation (CPR) using his bag valve mask and continued to administer rescue breaths for 12 minutes until more medics arrived.

The bicyclist eventually was transported with a pulse to Arundel Cardiac Center. Those critical 12 minutes that helped save a life were made possible, Jaime says, by his CSX training and trauma equipment that ensured he was prepared for critical emergency response situations. He received his Adult and Pediatric First Aid, Cardiopulmonary Resuscitation and Automated External Defibrillator certification on Oct. 15, 2020.

“I’m glad that I was in the right place at the right time,” Jaime says. “I had the proper training and equipment to help in this emergency, but I was not alone. This is a great outcome and example of how CSX agents work in collaboration with local first responders. I’m grateful to be recognized and proud that I contributed to saving a life.”

In addition to being nominated for the American Red Cross honor, Jaime has been recommended for the Special Agent Thomas Mras Lifesaving Award, one of the highest honors within the CSX Police Department, for his lifesaving efforts.

“CSX is extremely proud that Jaime is being recognized by the American Red Cross,” CSX Police Supervisory Special Agent Jim Finnegan says. “We are also pleased to honor Jaime with our own Thomas Mras Lifesaving Award for his quick actions in this life-threatening situation. Jaime’s efforts truly embody the commitment to safety, professionalism, and responsiveness of the CSX Police Department.