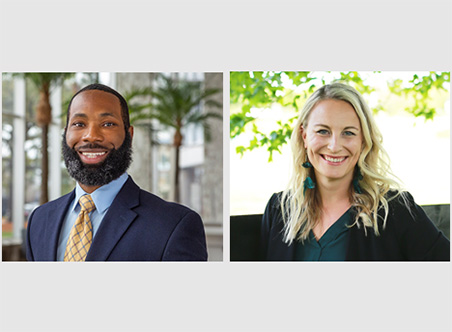 Progressive Railroading presents the Rising Star Award to candidates under age 40 are who making significant contributions, demonstrating leadership and contributing to their communities. Their stories will be profiled on ProgressiveRailroading.com this summer and published in the magazine's September issue.

Chris was chosen for his role in helping to proactively detect and reduce crime on the CSX network. His efforts to develop and train employees and public agencies to recognize, record and report suspicious activity has had a positive impact in the communities where CSX operates. Additionally, his leadership has contributed to public awareness of the signs of human trafficking and proper reporting.

Most recently, Chris's leadership during the coronavirus pandemic has enabled his team to continue fulfilling its vital role while protecting the health and safety of CSX employees and the public. With his background in business continuity, he recognized the seriousness of the pandemic threat and quickly and seamlessly transitioned to a work-from-home model for his team. His efforts had a positive impact on the safety and health of the entire network.

Amanda's role on the CSX Engineering team is to coordinate with public agencies across four states in the upper Midwest to advance the development of public projects adjacent to the railroad. She has contributed to the completion of dozens of public grade crossing safety projects by working with state transportation officials. Her work has a positive impact not only for CSX but for hundreds of communities where CSX operates.

In addition, Amanda has participated in college recruiting events with a focus on women in the industry and she serves as a mentor to many in the company.