The unmistakable Kelly Green and White of CSX 1837 is instantly recognizable by Marshall University fans, who may have seen the locomotive on display outside of the Huntingdon, W.Va. campus during football games more than a decade ago. Painted in the university’s signature colors and announcing “We are Marshall University,” the unit most recently stood in front of the city’s former C&O Railroad station. Now, it begins a new chapter in the hands of Collis P. Huntington Railroad Historical Society.

The diesel-electric GE C30-7 locomotive was built in September 1980 for the Louisville & Nashville Railroad as number 7067. The railroad merged into the Seaboard System Railroad, ultimately becoming part of CSX Transportation, and the locomotive continued in revenue freight service until 1999.

The retired engine was scheduled to be scrapped when CSX decided instead to salvage and paint it in support of Marshall University athletics. The project was the idea of Danny Hamilton, a CSX boilermaker at the time. CSX re-numbered the engine 1837, the year the university was founded, and employees at the Huntington shop nicknamed it “385,000 Pounds of Rolling Thunder” in honor of Marshall’s “Thundering Herd.” The commemorative locomotive was unveiled June 1, 2000 at a ceremony attended by Marshall representatives, including former football coach Bob Pruett.

“CSX has had a long-standing relationship with Marshall University,” said CSX Senior Vice President and Chief Transportation Officer Jermaine Swafford, a Marshall University graduate. “CSX has funded several research initiatives at the university’s Rahall Transportation Institute, and Huntingdon has been a significant location in our company’s operations and legacy.” 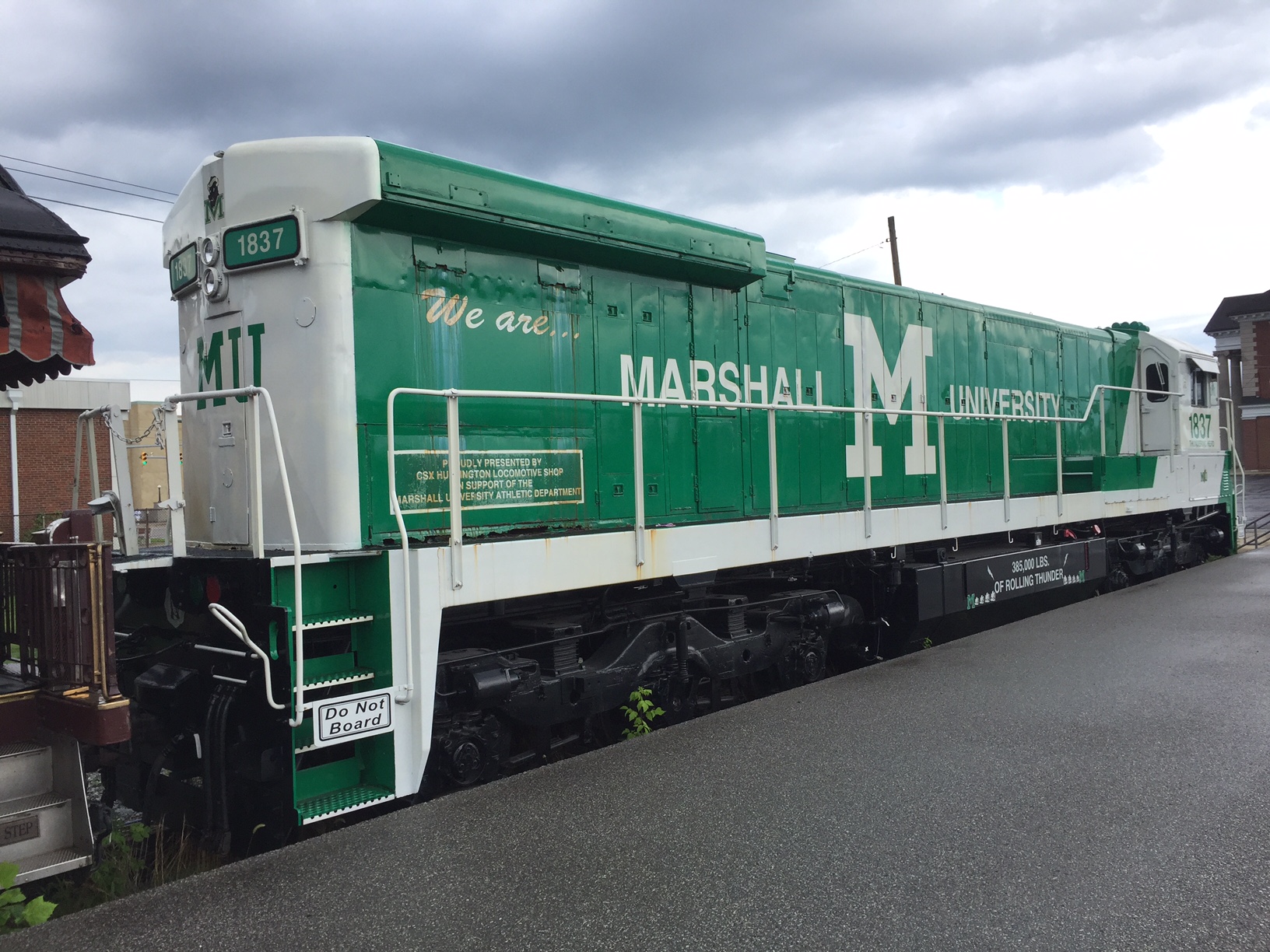 In September 2017, CSX donated the Marshall locomotive to Huntington’s Collis P. Huntington Railroad Historical Society. The nonprofit organization plans to use the locomotive in various capacities before ultimately converting it into a rolling museum. Their goal is to make it a Head End Power car with working headlights, number board lights, step lights, cab lights, horn, bell and air brakes to pair with passenger cars during special events.

“We are really excited about this locomotive and appreciate CSX’s generous donation” said Joe Rosenthal, assistant general manager of the historical society. “We plan on really making the locomotive a great thing for people to see and a tool for our use as a power car during stationary events.”