CSX Corporation, together with its subsidiaries based in Jacksonville, Fla., is one of the nation's leading transportation suppliers. The company’s rail and intermodal businesses provide rail-based transportation services including traditional rail service and the transport of intermodal containers and trailers.

Overall, the CSX Transportation network encompasses about 20,000 route miles of track in 23 states, the District of Columbia and the Canadian provinces of Ontario and Quebec. Our transportation network serves some of the largest population centers in the nation. Nearly two-thirds of Americans live within CSX’s service territory.

Our transportation network serves some of the largest population centers in the nation. Nearly two-thirds of Americans live within CSX’s service territory.

CSX serves major markets in the eastern United States and has access to over 70 ocean, river and lake port terminals along the Atlantic and Gulf Coasts, the Mississippi River, the Great Lakes and the St. Lawrence Seaway. The company also has access to Pacific ports through alliances with western railroads.

CSX moves a broad portfolio of products across the country in a way that minimizes the effect on the environment, takes traffic off an already congested highway system, and minimizes fuel consumption and transportation costs. 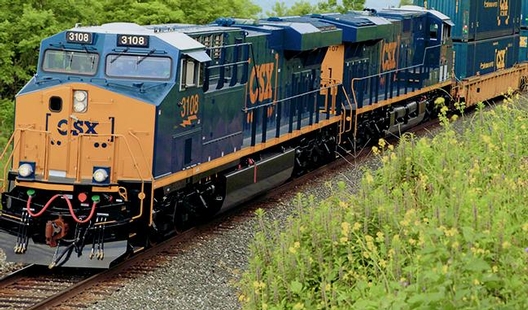